How to Talk Live in Cocoon 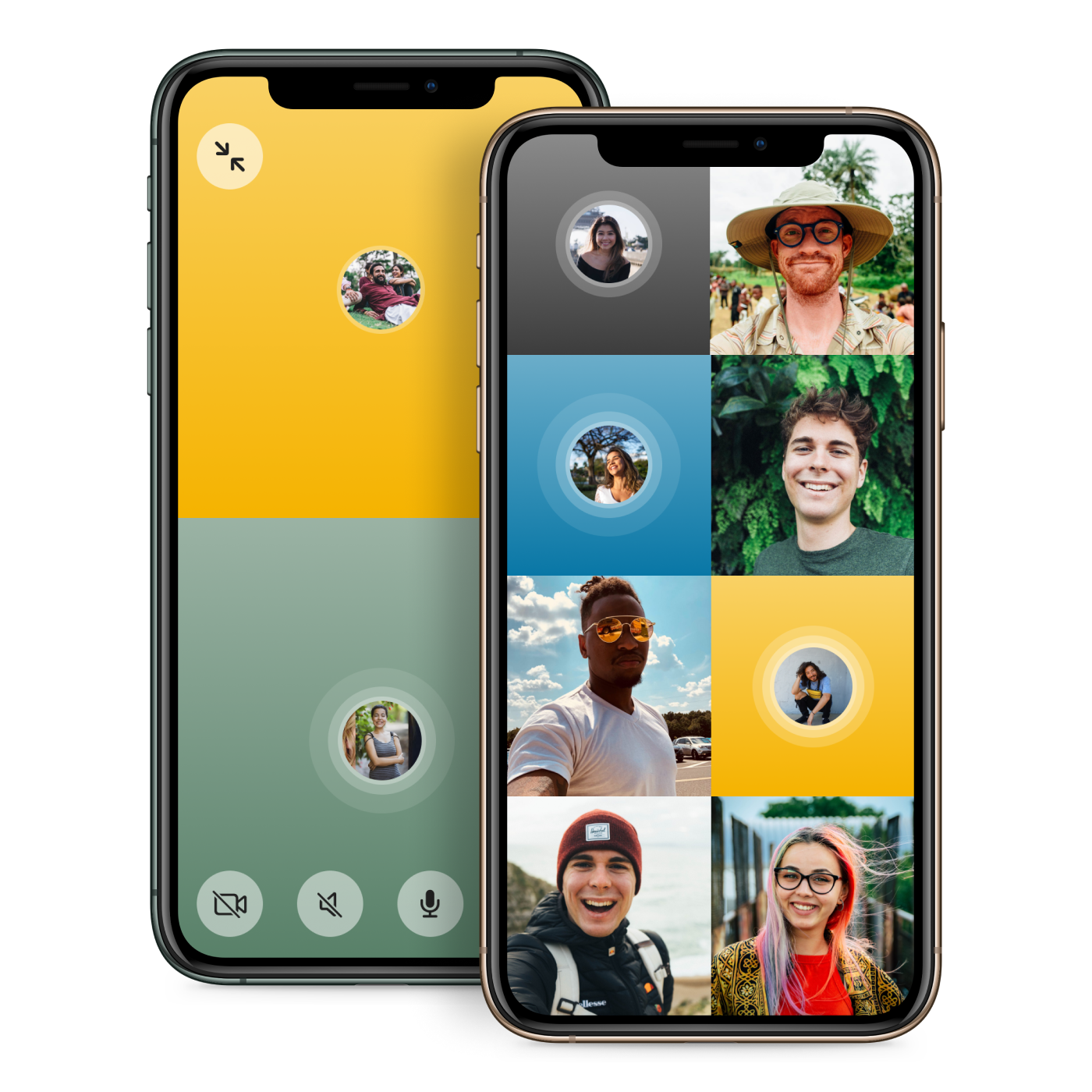 When you're using Cocoon at the same time as someone else in your Cocoon, you can talk to them live using audio or video. It's similar to a phone call, except you can come and go as you please, and anyone else in your Cocoon can join at any time. Think of it like a private space for your Cocoon to talk live, when you want. Here is some more information about this feature if you're interested.

What is this?
Live conversations are a way for you to talk live with other people in your Cocoon when you're in the app at the same time. You can talk using audio or video.

Who can join?
You are able to have live conversations with the people in your Cocoon. If you're in multiple Cocoons, you cannot mix and match people from each. Every conversation is private to the Cocoon it starts in.

How many people can talk at once?
There is a limit of 20 people, same as the maximum size of your Cocoon.

How to Start a Live Conversation

To try it out, tap on your photo in the header of your Cocoon. If you're the only one online, you'll see a dialog appear with a "Invite others to talk" button. Press this. 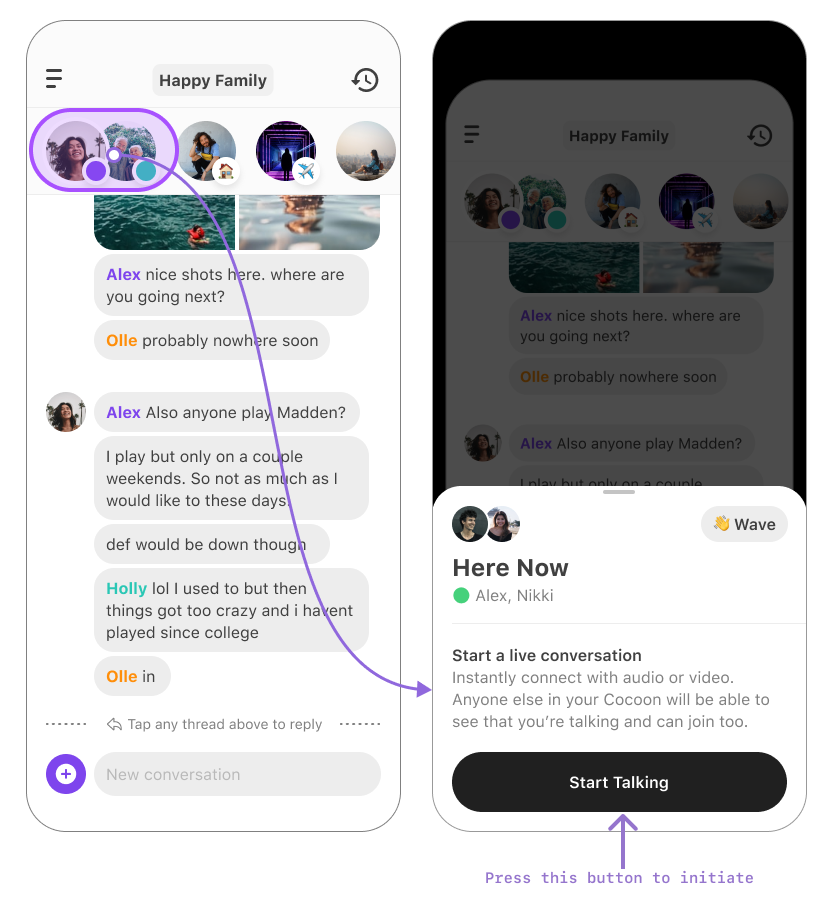 From here, you'll be taken to the talking space, which displays everyone who has joined. At first, it's just you, so your image will take up the full screen and a dialog will appear asking you if you'd like to invite other people to join you. Tap on who you'd like to invite.

When you invite people, they will receive a notification. Their phone will not ring like a phone call, it will just alert them (sound + vibrate) that you are around to talk. 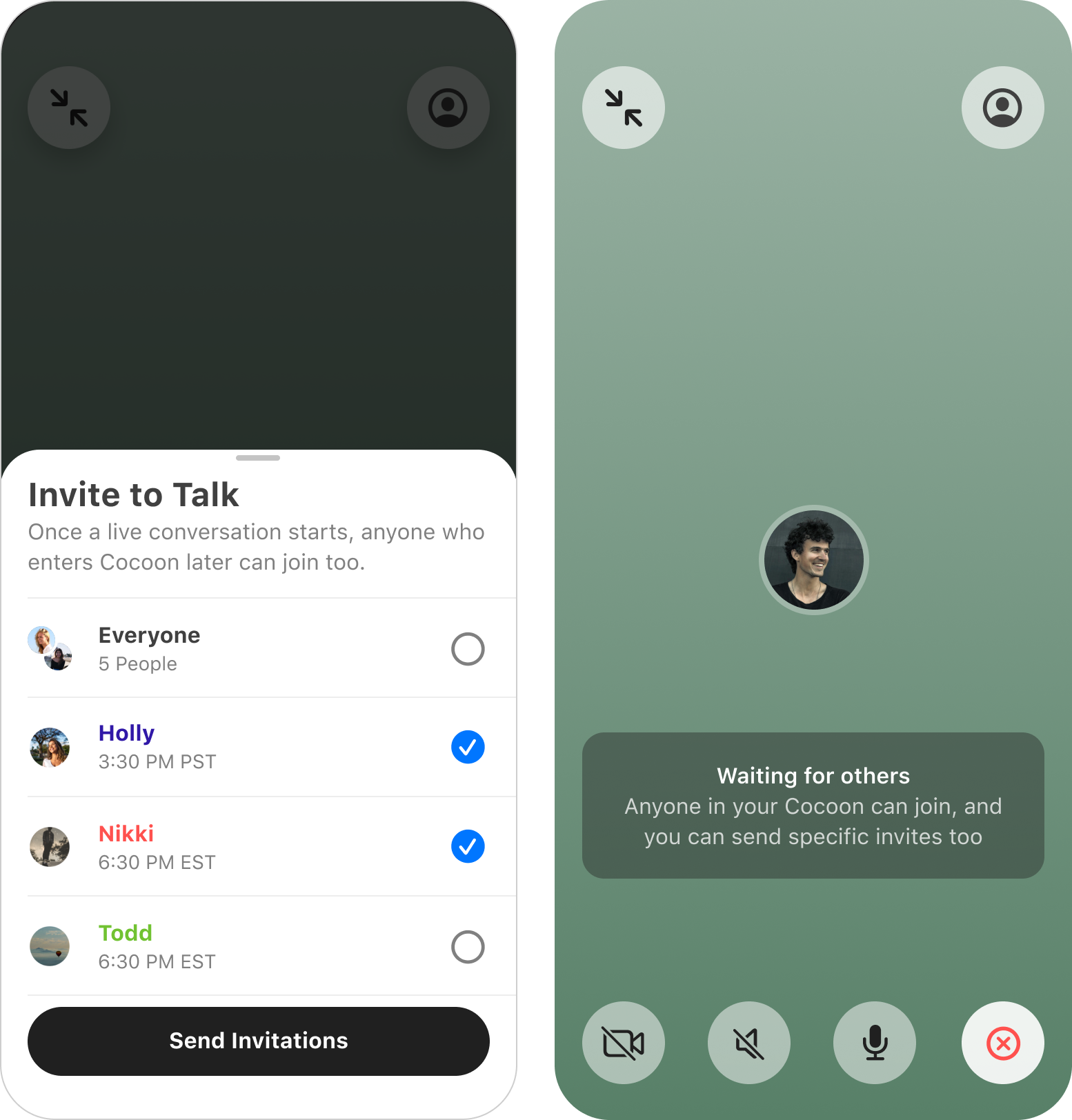 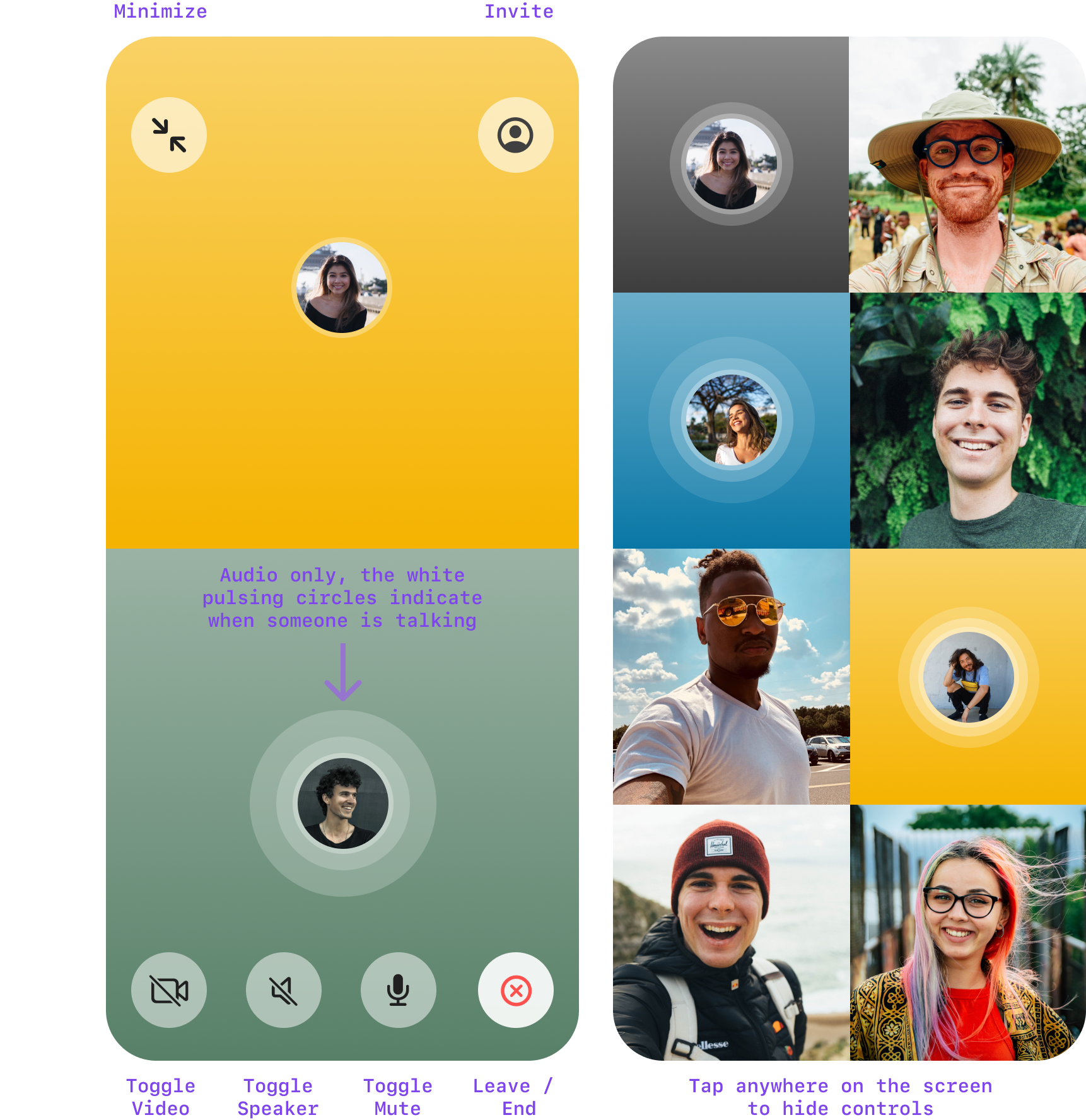 You'll see a series of buttons on screen, which allow you to toggle certain things. These buttons are labeled above.

While you're talking, you can minimize the call using the button in the upper left. This will allow you to use Cocoon like normal, and still talk to everyone. You can also leave the app, and you'll still be able to talk.

When you're ready to leave, you need to press the X button in the bottom right. This will disconnect you.

How to Join a Live Conversation

You can join a few different ways: someone can invite you directly via notification, or if you happen to open the app while your group is talking, you'll see an in-app notification alerting you that you can join.

If someone invites you directly, you'll receive a notification like the one shown below. Tap on this to join the live conversation.

If you are in the app when other people are talking (or when you get invited directly) you'll receive an in-app alert like the one shown below. To accept and join, tap the green button. To decline, tap the "Can't Talk" button. This will send a notification to the people talking that you are unable to join.

Did this answer your question? Thanks for the feedback There was a problem submitting your feedback. Please try again later.